From the Office of Representative Phil Haire 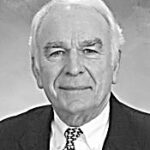 _Legislation to address oil spill liability, response and preparedness passed the House this week (SB 836). Among other things, the legislation will: (1) clarify liability for damages caused by the discharge of natural gas, oil, or drilling waste into state coastal fishing waters or offshore waters; (2) provide for the review of information related to proposed offshore fossil fuel facilities to determine whether they are consistent with state guidelines for the coastal area; (3) direct the Coastal Resources Commission to review existing laws and regulations that pertain to offshore energy exploration and production in light of the recent British Petroleum (BP) accident; (4) direct the Department of Crime Control and Public Safety to immediately review and update the oil spill contingency plan to prepare the state in the event that oil discharged from the BP leak comes to the North Carolina coast; and (5) direct the Department of Environment and Natural Resources to review limitations on recovery by the state for damage to public resources and for the cost of oil or other hazardous substance cleanup.

_A bill that modifies the computer equipment recycling plan requirements and the associated fee on manufacturers passed the House this week (SB 887). The legislation also makes further substantive, clarifying, technical, and conforming changes to the laws governing the management of discarded computer equipment and discarded televisions, as recommended by the Environmental Review Commission. The legislation is intended to ensure that end-of-life computer equipment and televisions are responsibly recycled, to promote conservation, and to protect public health and the environment. If enacted, a comprehensive and convenient system for recycling and reuse of certain electronic equipment would be established and responsibility would be shared among manufacturers, retailers, consumers, and the state.

_Legislation that provides an additional, safe method for trapping coyotes and increases the availability of permits to remove coyotes that threaten livestock or poultry passed the House this week (HB 1824). The bill is based on the recommendations of the House Select Committee on Coyote Nuisance Removal.

_Legislation that would modernize the North Carolina Alcoholic Beverage Control System passed the House this week (HB 1717). Among other things, the bill would prohibit local board members from accepting gifts from contractors doing business with their panel or stores and instruct them to avoid conflicts of interest that could financially benefit themselves or family members.

_The North Carolina Supreme Court would be asked to establish minimum standards of domestic violence education and training for district court judges under a bill passed the House this week (HB 1762). If enacted, the legislation would also encourage the University of North Carolina School of Government to provide domestic violence education and training for judges and magistrates. The legislation is based on the recommendations of the Joint Legislative Committee on Domestic Violence.

_Members of the House and Senate came together on Thursday for a joint legislative session to honor Coach Mike Krzyzewski and the Duke Blue Devil on their 2010 NCAA Men’s Basketball Championship (SJR 1456).

_Members of the House honored the twentieth anniversary of the Americans with Disabilities Act on Thursday with a House Joint Resolution (HJR 2076). This year marks the 20th anniversary of the Americans with Disabilities Act, landmark legislation to protect the civil rights of individuals with disabilities and ensure that more than 54 million Americans receive the same basic freedoms – independence, equal access, freedom of choice and inclusion – afforded to every citizen in our country.

Intern, Paige Roberson may be reached at