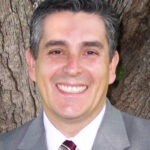 “We are delighted that Charlie has joined Cherokee Preservation Foundation’s (CPFdn) staff to help lead our strategic initiatives and planning efforts,” said Susan Jenkins, the Foundation’s Executive Director.  “In his new job, Charlie will apply his considerable management, leadership and consensus-building skills to strategic planning, strategic projects, innovative initiatives and community challenges.  He will work closely with me and members of the Foundation’s board and staff as he plays an important role in communicating the Foundation’s mission, goals, policies, structure, strategies and operations to its many constituencies.”

Myers worked at Harrah’s Cherokee Casino and Hotel since 2001, becoming Director of Casino Operations in 2003.  From 2000 to 2001, he was Executive Director of the Economic and Community Development Division of the Eastern Band of Cherokee Indians (EBCI).  Previously, he was Special Projects Manager for the EBCI and Vice Chairman of the Board of Advisors for Tribal Casino Gaming and Tribal Bingo Enterprises.

Early in his career, Myers was a retail lender for First Citizens Bank and the first member of the EBCI to work at the then tribally-owned Carolina Mirror Company.

He earned a Bachelor’s degree in Finance and Economics from Western Carolina University in 1993.  Myers, his wife Pam, and their son Camden live in Sylva, where they are members of the Cullowhee United Methodist Church.  Myers serves as Vice Chairman of the Board of Directors of the Sequoyah National Golf Club.

“I am very excited to work at Cherokee Preservation Foundation because I have been and will always be committed to making a positive impact on the Tribe and its well-being,” said Charles Myers.  “During my years on the Foundation’s Board, our work in philanthropy and the Foundation’s focus on the perpetuation of the Cherokee culture were personally and professionally rewarding to me.  The time spent with Foundation colleagues and the impact of our work solidified my commitment and interest in making continued gains for the Cherokee people and surrounding communities.