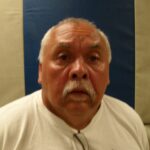 The Western District U.S. Attorney’s Office announced on Friday, June 4 that a federal indictment has been filed against Richard Delano Huskey for conspiracy to possess with intent to distribute marijuana.

On May 6, Tribal, Federal, State, and Local Drug Agents served a federal search warrant at Richard Huskey’s residence located at 7 Blue Spruce Drive in Whittier, NC. Huskey, a female and a small child were at the residence when the search warrant was served.

Investigators seized over $15,000.00 in cash, over a pound of marijuana, a firearm, prescription meds, and information related to the case.

On May 7, Huskey was taken into custody on a federal arrest warrant and transported to the Buncombe Co. Jail for processing. During the arrest, investigators seized in excess $4,000.00 in cash.

Huskey has been charged with Conspiracy to Possess With Intent to Distribute Marijuana and if convicted, he faces a maximum term of life in prison

“This was the result of over eight months of investigating,” said Cherokee Chief of Police Ben Reed.  “There’s a lot of work that goes into a drug case like this. I thank God no one was hurt. CIPD will remain committed to investigating and arresting drug dealers on the reservation and neighboring jurisdictions. I know that it’s frustrating when people report drug information and it seems like nothing is done.  Rest assured, we rely heavily on those reports.  Please keep reporting all drug information.”

Chief Reed continued, “If you’re selling drugs on or near the reservation, chances are we know about it and it is just a matter of time before we build a case and arrest you. We won’t stop there.  We will work as hard as we can to find out who you bought the drugs from and who you sold them to so we make as many arrests as possible, no matter what county or state you’re in. I just can’t say enough about how important our working relationships are with surrounding counties, federal, and state agencies. There’s more to come.”

Swain County Sheriff Curtis A. Cochran commented, “Think long and hard before becoming involved in the drug trade. Remember, you will have to get away with it every time, but we will just have to catch you one time. If you choose this for your lively hood, you need to know that you are not welcome in Swain County, my staff and I will do everything legal to make sure you do not succeed in your ventures. The Swain County Sheriff’s Office has a very strict zero tolerance for drugs and this will be enforced.”