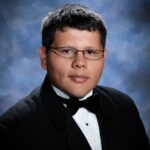 Squirrell is the president of the Beta Club and HOSA.  He has been a member of HOSA for four years and is the Western Region vice-president.  He received the Tribal Council Award in grades 7-12 and was an honoree at the Academic Banquet for grades 7-12.  Squirrell was named 2009-2010 Student of the Year for Cherokee High School.  He has been accepted and plans to attend East Tennessee State University this fall where he plans to earn a bachelors degree before attending medical school.  He is the son of Lamonte and Angel Squirrell. 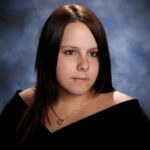 Pusch has been in Marching and Concert Band for six years and served as Drum Captain from 2006-08 and Drum Major from 2008-10.  She won the Music Excellence Award; Band Superior Award; and was selected for the UNC Greensboro Honor Band in 2008, 2009, and 2010.  She has been accepted and will attend Appalachian State University this fall where she will major in Music Education.  Pusch will be a member of the drum line for the Marching Mountaineers.   She is the daughter of Gail Pusch and the late James Pusch.