The Painttown Gym and Community Center will be re-named in honor of the late Pam Taylor who dedicated her life to Cherokee youth.  Tribal Council passed unanimously Res. No. 291 (2020) during its regular session on Thursday, Nov. 12 that approved the re-naming. 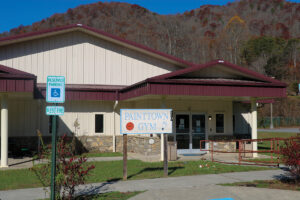 The Painttown Gym and Community Center, shown in this photo from Friday, Nov. 13, will be re-named in honor of the late Pam Taylor who dedicated her life to Cherokee youth. (SCOTT MCKIE B.P./One Feather photo)

“This is a great moment,” Driver Blythe, Taylor’s nephew who submitted the resolution, told the One Feather following the legislation’s passage on Thursday.  “My aunt, Pam, was without a doubt one of the most beloved women in this Tribe, and everybody misses her.  My family has felt a missing piece since her passing back in May of this year, but the outpouring of support and love from the community has managed to make us smile.”

He added, “The overwhelming support from the Tribe just shows how important she was to everybody.  I am glad to have been her nephew, and my family is incredibly thankful for this resolution to be passed.  Along with Pam, I am glad that Kool-Aide, a close friend of Pam’s in the Rec. Dept., will be honored with the Wolftown Gym being named after him.  They are both deserving, and I know the Tribe misses them every day.”

The resolution states in part, “Pam Taylor worked for the Painttown Community Recreation Center for newly 20 years during a time when the Center was run-down and drafty and was often found giving and providing food and funds to the numerous children, coaches, and others who passed through its doors.  Pam Taylor was one of the instrumental parties who pushed for and assisted in the planning, building, and opening of a new gym and community center which celebrated a ribbon-cutting ceremony on Aug. 4, 2015.” 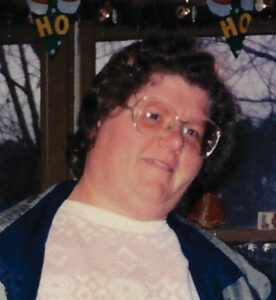 An alumnus of Mars Hill University where she ran track and played softball, Taylor was a member of the NAYO (Native American Youth Organization) Athletic Board.

Yellowhill Rep. Tom Wahnetah commented during Thursday’s discussion on the resolution, “Pam and I were classmates, and she’s always been a great person…it didn’t matter whose child came into the door of the gym or any gym that she was at, she loved them just like they were her own.”