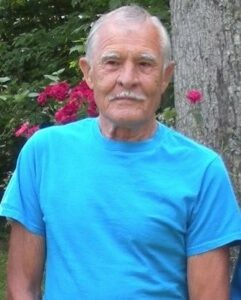 William Paul Owle “Poppy”, 86, of Cherokee, passed away on Wednesday, Sept. 16, 2020.  He was born in Swain County on Dec. 20, 1933, to the late Dewitt and Eva Owle.  William worked as a logger and truck driver throughout his life.  He served his country in both the U.S. Army and the U.S. Air Force in the medical corps. He was an excellent bear hunter, and also loved to fish and hunt deer. He was of the Baptist faith and was a loving husband, father, grandfather, great grandfather, and friend.  He will be missed by all of those that knew him.

In addition to his parents, he is preceded in death by his wife of 47 years, Mary Ann Cochran Owle.  He is also preceded by one son, Randy Owle, three brothers, and four sisters.