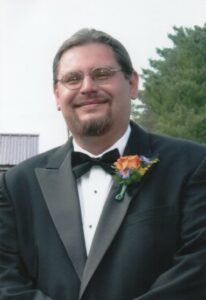 He was the son of Tommy and Patricia Long Holland of Robbinsville.  He was preceded in death by his maternal grandparents, Ned and Shirley Massey Long and his paternal grandfather, Rev. Lennox Hedrick.

T.J. was a member of the Eastern Band of Cherokee Indians (EBCI) where he worked as the Cultural Resources Supervisor/Junaluska Museum Manager.  As a valued member of his Tribe, he served the EBCI in many capacities including serving on the Tribal and Medical Institutional Review Boards, the Tribal Historic Properties and Preservation Committee, the N.C. Trail of Tears Association, the WCU Center for Native Health, the Museum of the Cherokee Indian, the WCU Cherokee Studies Program, Snowbird Fading Voices Committee and he worked with the Smithsonian Institute regarding Cherokee History, along with serving in other various roles and activities.

Funeral services were held Wednesday, Sept. 16 at Robbinsville First Baptist Church, of which he was a member.  Reverend Ben Thacker officiated with a Eulogy by Jeff Marley.   Burial followed at New Hope Baptist Cemetery.

Townson-Smith Funeral Home is honored to have served the Holland family.  An online register is available at www.townson-smithfuneralhome.com.