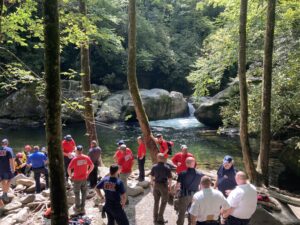 Patel was reported missing at 7:36 p.m. on Sept. 14 after he reportedly fell into the water at Midnight Hole and was observed struggling.  Bystanders attempted to pull Patel from the water but were not successful.