Parrish Pipestem, a student at Booker T. Washington High School in Tulsa, Okla., has been named a semifinalist in the 66th Annual National Merit Scholarship Program.  He is a member of the Eastern Band of Cherokee Indians with Osage and Otoe-Missouria Nation heritage as well. 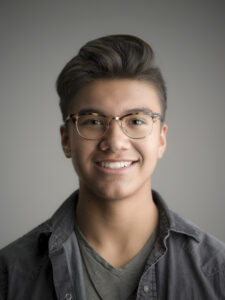 Around 90 percent of the semifinalists will advance to the finalist level according to the NMSC and about one-half of those will receive a scholarship.

Earlier this year, he was inducted into the Oklahoma Indian Student Honor Society, and in 2019 Pipestem was selected for a three-week pre-college program, through the Center for Native American Youth, at Columbia University.

Pipestem is active culturally and has participated in the Grayhorse In-Lon-Schka, an Osage Nation ceremonial dance held annually, since he was 6-years-old.  He was one of 10 people to receive a 2019-20 Dreamstarter grant from the Running Strong for American Indian Youth program.