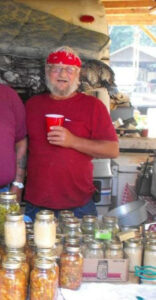 Joseph Clifton Gibson, 74, of Cherokee, passed away in his home on Wednesday, Aug. 19, 2020. The son of the late, Bill Gibson and D. Louise Leavell, he is preceded in death by his late wife, Patria Sue Gibson (Gravley); his sister, Carolyn Gibson; his brother, Eugene Gibson; sons, Jody Stevens and Lynn Stevens; and his daughter, Debra Cummings (Debbie).

Joseph is survived by his sons, William Gibson and James Gibson; daughter, Tina Gibson; stepson, Randall Bettis; along with his sisters, Lillian Gibson Richey and Barbara Gibson Stone; in addition to many grandchildren and great grandchildren.

Joseph and his wife raised their family in White, Ga. North Carolina is where they liked to spend every weekend for some much earned relaxation.  They built a beautiful cabin where he spent his retirement – enjoying the place he loved the most, with his friends and family. Lifelong friends of North Carolina included Cricket Driver, Jerry Pritchett (Big Jerry), B-bop Crosby, Bob, and Charles. These are just a few of his friends.

JC never met a stranger, everyone loved him. He’s always been a hard worker, he built a wonderful life for his family that anyone would be proud of. When he wasn’t working, he spent his time with family and friends, having cook outs, watching Nascar, wearing a bandana and either a red solo cup or an ice cold beer in his hand. He touched everyone’s heart and brought out the best in everyone. He had a huge love and talent for growing and canning his own crops. He was immensely proud of his canning abilities. He will forever be loved and missed by everyone that knew him.

Joseph will be laid to rest with his wife, Patria Sue Gibson (Gravley) at the Rolling Hills Memorial Gardens in Acworth, Ga.