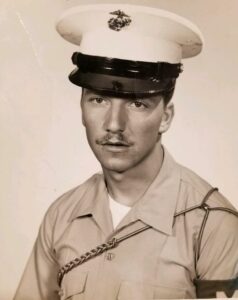 George Daniel Smith, born July 2, 1951, passed away peacefully at his home on March 26, 2020. The son of the late John D. Smith of Cherokee and Ollie Mae Sutton-Smith of Maggie Valley, George is preceded in death by his brothers, John and Ned Smith; and his sisters, Rose Smith-George, Mary Smith-Bridges, and Dorothy Smith.

George served with the United States Marine Corps as well as being a coal miner in Allentown, Pa. and working as a Park Ranger with the Cataloochee Park Service. He was a member of the Wrights Creek Baptist Church,

George was happiest when he was either spending time with his family and friends or spending time outdoors. He enjoyed gardening, fishing and foraging in the woods. He was adept at gathering herbs, ginseng, wishi, ramps and just enjoyed hiking through the woods every chance he could.

The family will have a private graveside service on Sunday, March 29 beginning at 1 p.m. at the Smith Cemetery off of Wrights Creek. Steve Youngdeer American Legion Post 143 will give graveside Military Honors. The family is planning a memorial service to be announced at a later date.