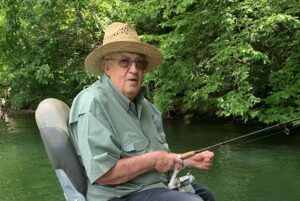 Clarence A. Pilkington, 84, of Bryson City, went home to be with the Lord Monday, March 16, 2020. A native of Swain County, he was the son of the late Roy Pilkington and Bonnie Welch Pilkington. He was a member of Deep Creek Missionary Baptist Church. Clarence was a veteran and retired from the Federal Government.

In addition to his parents, he was preceded in death by his son, Gregory A. Pilkington and his brother, W.K. (Buddy) Pilkington.

A graveside service will be held at 1 p.m. Wednesday, March 18 at Swain Memorial Park. Revs. Earl Holden and Mike Cogdill will officiate.