Several members of the Cherokee Lady Braves and Braves varsity basketball teams, as well as the coaches of both of those squads, have been invited to participate in post-season all-star games.

Sterling Santa Maria, Braves senior, and Aaron Hogner, Braves head coach, will participate in the 68th Annual Blue-White All-Star boys game on Saturday, March 21 at Pisgah High School.  Both will be on the White team along with Braves assistant coaches Jack Gloyne and Ethan Clapsaddle.  The 44th Annual Blue-White All-Star girls game will start at 6 p.m. followed by the boys game.  Advance tickets are on sale now at www.bluewhiteallstar.com. 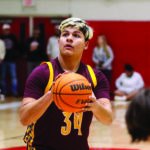 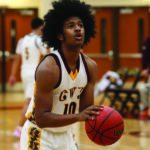 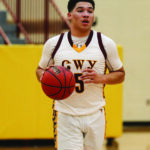 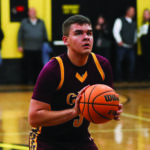 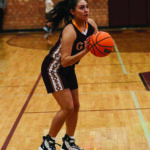 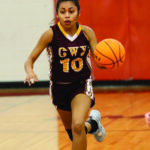 Several Cherokee players are participating in the 6th Annual West vs Midwest 1A All-Star Basketball Game on Saturday, March 21 at the Charles George Memorial Arena.  The girls game starts at 5 p.m. followed by the boys game.  Braves seniors Bobby Crowe, Treannie Larch, and Ethan Crowe will play for the West in the boys game.  Lady Braves seniors Raylen Bark and Tigger King will play for the West in the girls game, and Lady Braves Head Coach Keith Pinnix will be the head coach for the West girls. Admission to the games is $7.00.

Rosters for the Blue-White All-Star games are as follows:

Rosters for the West vs Midwest All-Star games are as follows:

Rosters for the Midwest teams were unavailable by press time.