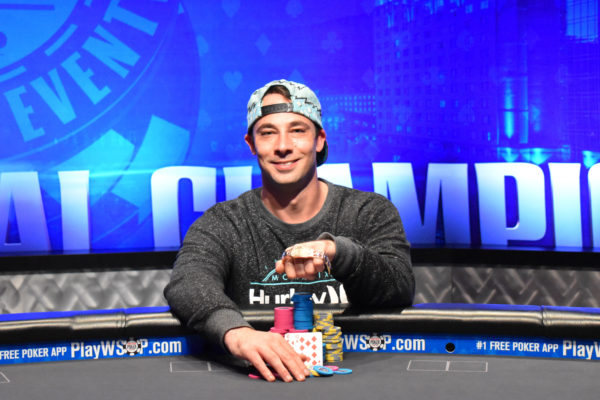 For the second time, Ryan Eriquezzo has found himself at the top of the Global Casino Championship, taking home $279,431 at Harrah’s Cherokee Casino Resort.

Eriquezzo, a 34-year old professional poker player from Danbury, Conn., has a long history of success in Circuit events all over the United States. Eriquezzo has won four World Series of Poker Circuit gold rings and 1 WSOP Gold bracelet prior to this victory for a total of $894,797 career earnings.

“It’s pretty crazy,” Eriquezzo said after the event. “It’s similar [to his last Global Casino Championship win] but it’s different. I had a much smaller rail then I did when I won in Vegas.”

Eriquezzo came into the final event holding second place in chips but nearly lost his footing when his opponent, three-time World Series of Poker Circuit gold ring winner and North Carolina resident Eric Salazar turned a set of queens. After some back and forth play, Eriquezzo ended up winning the battle against Salazar sealing his second WSOP gold bracelet.

Eriquezzo says he is unsure of his plans in the future for poker after playing the Main Event this week. “”It would be nice to take a little break and do some traveling, but I’ve said that before. I’ll take a look at the schedule and go from there.”