Blankenship named to Native American 40 under 40

Cory Blankenship, a member of the Eastern Band of Cherokee Indians, has been named to the 2019 Native American 40 under 40 list.  The National Center for American Indian Enterprise Development (the National Center) announced its honorees for this year on Monday, Aug. 5. 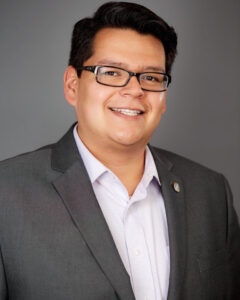 Cory Blankenship, a member of the Eastern Band of Cherokee Indians, has been named to the 2019 Native American 40 under 40 list. (Photo contributed)

“I am honored to even be considered for this award from NCAIED,” said Blankenship, who serves as the EBCI Treasury Secretary.  “I have known from a very young age that I wanted to pursue a career of service to my Tribe and community, and in my current capacity I have the opportunity to serve day in and day out. This recognition says more about the people who have supported me on this journey than it does about me personally. I hope receiving this honor is motivation to our next generation of leaders to continue their pursuit of higher education and professional careers, and that it demonstrates to our community that we have capable and competent young leaders. I would not be where I am today without the support of my family, this community, and our Tribe.”

Chris James, National Center president and chief executive officer, said in a statement, “The 2019 class of our Native American 40 under 40 winners is a truly impressive group of amazing young leaders.  They join a growing community of past winners who are already making a difference in their communities and professions.  I look forward to honoring their achievements and welcoming them into the 40 under 40 family.”

Blankenship will receive his honor at the awards ceremony set for Saturday, Aug. 24 at the Sheraton Grand at Wild Horse Pass in Phoenix, Ariz.

Blankenship joins several other EBCI tribal members who have received the honor since its inception including: Jason Lambert (2011), Paxton Myers (2012), Hope Huskey (2017), and Jacob Reed (2017).