After spending four nights lost in the backcountry of Great Smoky Mountains National Park, Kevin Mark Lynch was found by searchers.  At approximately 4:25 p.m. on Wednesday, July 31, searchers discovered Lynch, alert and responsive, in the southeast area of the park near the Cataloochee Divide Trail. 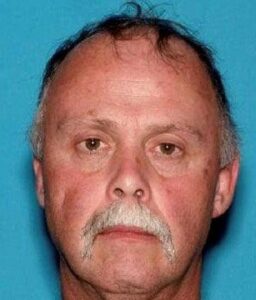 Earlier that afternoon, grid search team members discovered the first significant leads in the search for Lynch when his hat and pair of sunglasses were discovered approximately 1,600 feet south east of the Cataloochee Divide trail.  Shortly after, a second grid search team, found what appeared to be fresh footprints leading toward the Ferguson Cabin.  At these discoveries, search efforts were consolidated and redirected to the areas adjacent to where the clues were discovered in a focused search effort.  Within a few hours, Lynch was discovered after he responded to searcher’s yells.  Lynch was only ¾ of a mile from the point last seen.

Lynch was transported by Haywood County EMS to Haywood Regional Medical Center for assessment where he will be reunited with his family, whom has gathered near the command center daily since his disappearance.

“From the moment we learned of Lynch’s disappearance, Haywood County Emergency Management and National Park Service staff worked quickly to take an aggressive and proactive approach with search tactics due to the dire circumstances surrounding Lynch’s health condition,” said Park Chief Ranger Lisa Hendy.  “The successful utilization of a joint command structure was definitely a contributing factor to the success of this operation.  We cannot thank all of the agencies who supported this effort enough for their dedicated commitment to bringing Mr. Lynch home safely to his family.”