Kituwah LLC is putting “impatient money” to good use 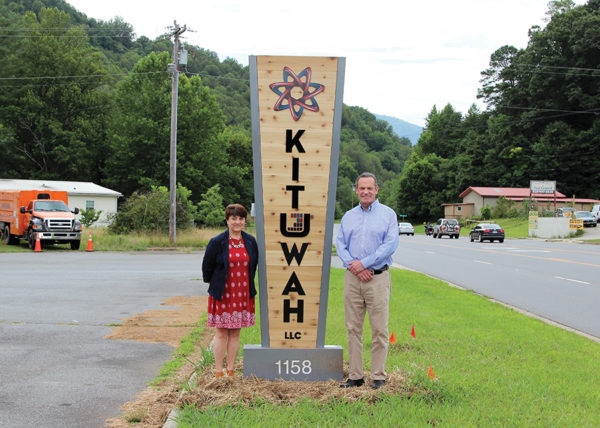 The Kituwah Limited Liability Company (LLC) says its quietly moving to create sustainable economic diversification for the Eastern Band of Cherokee Indians (EBCI). Much of their initial several months of the creation of the organization has been spent developing human resources, offices, and organizational structure to do the work that the Tribe and Tribal Council have tasked them to do.

High finance is a complex science to many. It requires a specialized skill set, education, and mindset to navigate effectively and see a significant monetary return. The intent of the Tribe in creating a limited liability company was to allow the Tribe to make economic development decisions at the speed of the modern business community instead of the rate of government, which has been described by some as very slow. Being cumbersome and time-consuming in the business world means missed opportunities and lost revenue.

According to Hubble, “The first stage was getting all the basic documents in place, the financial policies, because we really started with nothing. We couldn’t do a lot of the things we want to do without those basics in. Simultaneously with that, we had to go back through the (Cherokee) Code, and it has had to be revised twice.”

Cherokee Tribal Code contains some conflicting, inconsistent language. In the case of the LLC, those inconsistencies hindered its ability to operate, negotiate, and do business. “Part of what we want to do is the 8A government contract. That requires very specific Code revisions with very specific Code language. That got completed (in the July 2019 session of Tribal Council).”

The changes allowed very specific waivers of tribal sovereignty where it is necessary for the Tribe in dealing with government contracts and contractors. Hubble stated that the Small Business Administration (SBA) would not entertain doing 8A business with the Tribe without that specific language in the Code.

“When we first got here, we got hit with a huge number of not very good business ideas,” Hubble noted.  “We reviewed no less than 75 of those. Of those, we have declined approximately 65. When we decline, we try to write rationales as to why we declined. We have had about 11 that have gone through some due diligence processes. Since the initial submissions, the quality of the potential projects and investments have seemingly improved.”

He thinks that now that the vetting process is well underway, he feels the LLC will be “closing” projects regularly, possibly “every week or two from now until Christmas.”

One of the frustrating issues for the community regarding the LLC is that much of the work they do must be negotiated confidentially. When making deals on behalf of the Tribe, the LLC must be able to get the best deal, and many of the proposals require that not even the name of the company be shared in public until the deal closes. So, timelines, money that is being expended, details of the project, even topline summaries are impossible during the creation of a deal between the Tribe and the contractor. This is a standard operating procedure in the business world and one of the reasons that a separate entity from the tribal government was necessary to diversify the Tribe’s revenue streams successfully. Business is a different environment from the government and requires a different standard of communication.

“Now, we seem to have a pretty decent pipeline of things that we can observe,” said Hubble.  “In most of the cases, it is not necessarily, in absolute terms, whether it is a decent deal or not a decent deal. It is really a competition among a lot of projects.”

With the funds made available by the Tribe to invest, the LLC selects those projects that are “the best risk-adjusted rate of return”.

When asked if they could share a listing or some of the projects in the pipeline, the LLC said again that until the projects close, most deals are under nondisclosure agreements. Hubble did share a criterion for the types of deals the group is entertaining. “It needs to produce income in a very short period of time. We don’t have patient money, because the Tribe expects…there are some areas where the Tribe should and does have very patient money. The Tennessee land purchases, for example, require very patient money.”

The LLC leadership’s thinking is, at least in the short term, in the first 10 projects or more, they need to show that they can be made profitable quickly. Hubble says that on the initial projects that close, they will almost immediately begin to make money for the Tribe.

The LLC continues to work on the issue of 8A certification for the Tribe. It is not an easy task. Federal 8A is an ownership/diversity certification sponsored by the Small Business Administration. It is a nine-year business development program that provides business training, counseling, marketing, and technical assistance to small businesses that have been certified (https://certifications.thomasnet.com). 8A certification limits the field of competition for bidding on federal contracts. The SBA liaisons with 8A firms to help the 8A firms obtain federal contracts. The 8A firm also benefits in a reduction of time necessary to achieve its first federal sale (www.8acertification.net/8a-advantage). While the LLC is finishing up and anticipates receiving certification, it has entertained possible deals involving 8A projects. They have two that look “promising,” so they are doing their homework while waiting on the LLC’s certification. One project is in the technology sector, and the other is in the marketing sector. Hubble thinks there is a better than fifty percent chance that the Tribe will be certified.

The requirements for the EBCI to be 8A certified are challenging. The SBA requires that an applicant show social disadvantage and economic disadvantage. And while the SBA will almost automatically concede social disadvantage to a Native American tribe, showing economic disadvantage in a Tribe with a large, highly profitable casino is not so automatic. The case must be made that while the Tribe does have a lot of resources, that those resources are being used to create programs for the community that does not generate a significant monetary return.

Asked for a “common man’s” interpretation of what the LLC does, Vice-Chairperson West responded, “I think it is just capitalizing on some of the business proposals and interests that are out in this community. Out in the community, there have been a lot of good business ideas come forward, but it usually gets backed down, because there is an education gap on how to communicate the idea to the Tribe effectively. While we report to the Tribal Council and work at their direction, I think the purpose of the LLC would capitalize on business opportunities without it becoming too political.”

Hubble stated the mission statement, “To invest in a sustainably profitable business that could also provide some career opportunities for EBCI members.”

A sustainable, profitable business could include investments, operating companies, or operating assets. Hubble speculated that 3,000 to 5,000 jobs are directly or indirectly dependent on the Tribe’s gaming operations. Should a threat become a reality and impact the income from the casino, the LLC hopes to help offset any anticipated loss from a situation like that. Bottom line, one of their goals is to diversify the Tribe’s revenue streams. The LLC is also looking at opportunities to invest in projects off the Qualla Boundary, citing that our earning and job creation potential needs to extend to the other half of the tribal members who may not live on trust lands to the benefit of the entire tribe.

Chairperson Arch spoke to the speed with which the LLC can act on projects. “One of the things about the LLC is that some of the opportunities that we get presented with need action taken quickly. I think the board that we have, we are an email or phone call away and we can congregate and make decisions and have discussions and react a lot faster than how the tribal government moves. That ability is critical to prevent lost opportunities.”

Hubble says the LLC is positioned to grow quickly. “We are still kinda at the seed stage of development, but we are starting to grow, and that growth should accelerate now.”