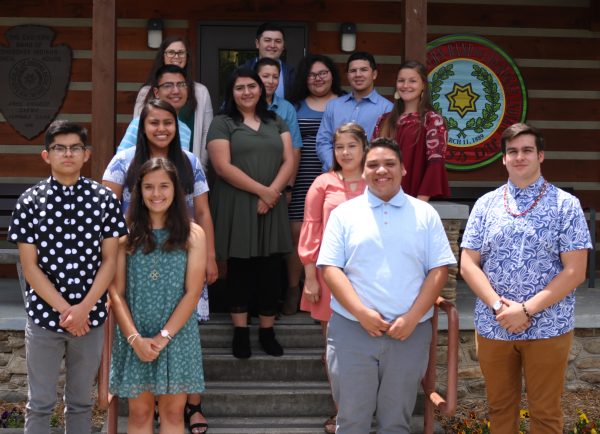 The 2019 Junaluska Leadership Council (JLC) held their annual Spring Council Session on Friday, May 10. The JLC is an initiative that looks to drive leadership among the younger members of the Eastern Band of Cherokee Indians (EBCI).

For this session, the members of the JLC take a seat in the EBCI Council Chambers. The meetings are treated just like a monthly council session with a call of order, reports and announcements, and a list of resolutions that are up for vote.

Resolutions are discussed by the JLC, and if passed are either sent directly to Principal Chief Richard G. Sneed for authorization, or to the Tribal Council for further analysis. Among the resolutions passed at this session were an ordinance for commercial use of biodegradable materials and the implementation of an afterschool program for the education of tribal culture.

The session finished with farewell speeches from JLC seniors and the swearing in of the 2019/20 JLC officers. Hope Long was elected to be the Council’s new Chairman, and Kevonna Tushka was elected for Vice Chairman.

The event was live-streamed at https://ebci.com/live-streams/.