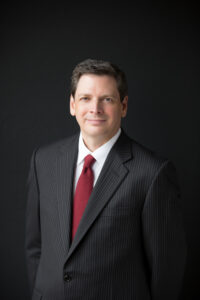 Senior Resident Superior Court Judge Brad Letts, a member of the Eastern Band of Cherokee Indians (EBCI), announced on Tuesday, Feb. 26 that he would be retiring effective two days later, Feb. 28.  He has been serving in the 30B Judicial District of the Eighth Division of the Superior Court since 2009, and he was recently re-elected last fall.

In a statement, he said, “I am eternally indebted to the citizens of Cherokee, Clay, Graham, Haywood, Jackson, Macon, and Swain counties for their support and confidence reposed in me over these past two decades.  I am humbled and honored to have served as a judge in these counties working with the caring, competent, and committed people in the court system and the law enforcement community who work tirelessly daily to improve justice in our communities.”

Letts told the One Feather that he is retired and will not seek any EBCI tribal office at this time.

Letts added, “I have devoted my entire professional career to public service.  Though it is a difficult decision to leave the bench, particularly after recently being re-elected, I have decided to retire.  My plans are to enjoy family and friends and continue my involvement in civic and community boards.”

He received his Bachelor’s of Arts degree in philosophy and economics from the University of North Carolina at Chapel Hill in 1990 and his Juris Doctor (J.D.) from the University of Mississippi School of Law in 1995.  Letts started his career as an Assistant District Attorney in the Office of the District Attorney in Waynesville from 1995-97 and then served as the Attorney General for the EBCI from 1997-99.  From 2000-09, he served as a District Court Judge in the 30B Judicial District and then started his most recent job as Senior Resident Superior Court Judge in the 30B Judicial District in 2009.