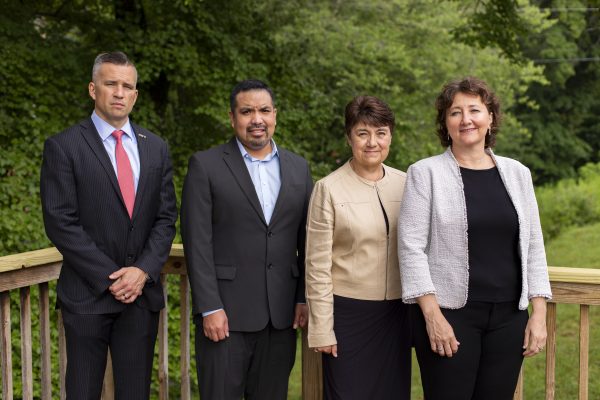 Harrah’s Cherokee opened in November 1997 with little more than video poker as the only gaming option. This followed the opening of a tribal bingo parlor in the early 1990s, which was quite profitable and led to calls for a full-service casino operation. Today, our casino is a healthy and vital artery to our economic sustainability. Our Tribe has used its casino revenues to build a new high school, a hospital, and public housing, as well as to upgrade public safety services on the reservation, including police, fire and EMS. Part of the casino’s revenue is also distributed directly to our population, in a form of basic income.

Historically, gaming is the only industry that has brought true economic prosperity across Indian Country. But Indian gaming, or any gaming for that matter, is not a guaranteed revenue source indefinitely. While gaming across some portions of the United States is still increasing, declining revenue trends in the Midwest where the gaming market is becoming saturated is a glimpse into trends that are projected to come in the industry. Whether the decline comes due to more and more personal technologies such as online gaming or a change in gaming regulations, or simply additional non-tribal gaming in surrounding areas, gaming will stagnate at some point and revenue generated on the Boundary by this industry will then start to peak and then taper off. In order not to find ourselves in a difficult situation, it is important that we diversify our economy in a much more aggressive manner, starting now.

We are proud to introduce Kituwah LLC. Kituwah LLC, was created with the sole purpose of identifying and implementing revenue sources for the Tribe through the diversification of our income portfolios. Its mission is “To create and acquire profitable and sustainable businesses and investments that provide sustainable opportunities for the members of the Eastern
Band of Cherokee Indians.”

“For over ten years we have discussed the need for economic diversification. I felt that it was imperative that this project should be a top priority when I took office as Principal Chief, and I am pleased see the significant progress we have made these past several months. This effort is not a reaction to whether or not gaming revenues will start to decrease, but to create an
insurance policy so there is not a crisis if they do,” stated Principal Chief Sneed. “As a Tribe, it is important to start creating an inventory of what industries make the most sense for a
diversified economy to ensure long-term sustainability for the Eastern Band of Cherokees Indians as a whole.”

Along with Endowment Funds and Sovereign Wealth Funds, Kituwah, LLC represents a critical component to our overall wealth preservation strategy. The decision to have Kituwah, LLC developed as a limited liability corporation (LLC) was due to extensive research that has conclusively shown Tribal Enterprises are much more effective when they operate independent of Tribal political bodies. Multiple studies have concluded that the likelihood of success increases some 400 percent when this path is taken. “We have read the studies. We know the added obstacles when political bodies directly control businesses. Political realities interfere with good business decisions. We’ve taken this path with gaming. Our ability to place Directors preserves the necessary government oversight. But the business decisions need to be made by people with extensive tribal economic development experience without operating in a political environment,” Principal Chief Sneed added.

The Tribe formed the Kituwah Economic Development Board to manage the company. With over ten advanced degrees in law, economics, business management, operations, accounting,
and investments, combined with a collective 100 plus years of experience in gaming, tribal economic development, Indian law, accounting, ethics and justice, hospitality, real estate
development, and operations, the Board is well rounded, ensuring that many talents, skill sets, and experiences were brought to direct oversight as well as ensure complete and total
transparency of the operation. The Board consists of:

Chrissy Arch, Chairperson. Chrissy is an enrolled member of EBCI and serves as the Chief Operating Officer of the Cherokee Indian Hospital Authority. She holds a Bachelor’s Degree in
Business Administration.

Adam West is also an enrolled EBCI member. He holds both a B.A. and an M.B.A. He is the youngest Vice President at Caesars Entertainment, the largest gaming company in the world.

Sam Owl is another enrolled EBCI member. He is a Certified Public Accountant, and has aCertificate in Global Management Accounting. Sam holds a Bachelor’s Degree in Business Administration, and a Master’s of the Arts in Accounting. He comes with extensive experience in a Big 4 accounting background, where he specialized in mergers and acquitsition, and is
currently a Manager at CliftonLarsonAllen, a nationally recognized CPA firm.

Lance Morgan is an enrolled member at the Winnebago Tribe of Nebraska. He earned his B.S. in Economics before obtaining his law degree from Harvard Law School. Lance serves as CEO
for Ho-Chunk, Inc., the economic development company owned by the Winnebago Tribe. He has been their CEO for over 23 years, where they have won numerous awards for economic
development. He also serves as an Owner of a large Native American law firm, serves on numerous boards, both profit and non-profit. He is also an Adjunct Professor of law and
economics University of Arizona and Arizona State University.

After a nationwide search, the Kituwah Economic Development Board recruited Mark Hubble as its Chief Executive Officer. Mark is an enrolled member of the Citizen Potawatomi Nation. Mark received his J.D. from Yale Law School, and his M.B.A. from Stanford University’s Graduate School of Business. He also holds a certificate in Public Policy from Stanford, and was a visiting scholar at Yale Law School. He has served as C.O.O. for a tribal development corporation, and the CEO of another. A licensed attorney, Mark has represented several of the largest corporations in the United States, as well as over a dozen tribes and tribal organizations.

“Kituwah, LLC can not only diversify the economy over time. By working collaboratively on projects with the Principal Chief’s office, and the departments of Commerce, Housing, Treasury and Education we can accelerate the delivery of key tribal needs,” Mark stated.

“The future is bright for the Tribe, and with the development of this new organization, the future will also be secure. Ideally, the vision is to have economic diversification that could
replace a larger and larger share of our tribal operations budget should the gaming landscape change,” Principal Chief Sneed concluded.