ON THE SIDELINES: Boxing is a great sport for Indian Country 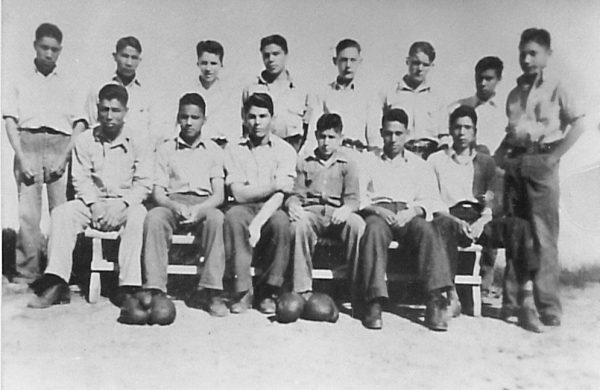 Years ago, Cherokee had a boxing club.  This sport, always popular in Indian Country, is growing rapidly in tribes all across the country.  It is a sport that demands dedication to fitness, good health, and discipline and would be a great addition to the sports offerings here in Cherokee again.

“We assist our youth in routines, guide them in a healthy lifestyle, and educate them on good foods,” he said.  “We also educate them on common health issues affecting the Indian communities.”

A former chairman of the Cheyenne River Sioux Tribe and currently a member of the tribe’s police department, Joseph is well aware of the issues affecting the reservation and the need for programs such as Wolves Den.  “We had a positive impact with the community with youth that have reached out, whether it be behavior, addictions, or health issues.  We have been successful for two reasons – we are a consistent program offered year-round, five days out of the week, and our value base in teaching is on Lakota culture, teaching ceremonies, songs, language, and traditional practices to youth who are dedicated to Wolves Den activities.”

The health benefits of boxing and the workouts associated with the sport are numerous.  In an article in Shape Magazine, Jessica Smith and Renee Cherry quote Jessica Matthews, American Council on Exercise exercise physiologist, who noted, “In addition to boosting your strength and cardio, boxing improves a number of skill-related parameters of fitness, including balance, coordination, reactivity, and agility.”

Ok, I’ll address the elephant in the room.  Seven years ago, the American Academy of Pediatrics (AAP) issued a policy statement in which they “recommend that physicians vigorously oppose boxing in youth and encourage patients to participate in alternative sports in which intentional head blows are not central to the sport”.

An article published on health.com, written by Carina Storrs, entitled “Is Boxing Safe for Kids?” addresses this and states, “Youth boxers spar infrequently and spend most of their time stretching, conditioning, and working out on punching bags.  Bag-related injuries, such as knuckle bruises and fractures, are the most common type of youth-boxing injury, not the head injuries pediatricians fear most.” 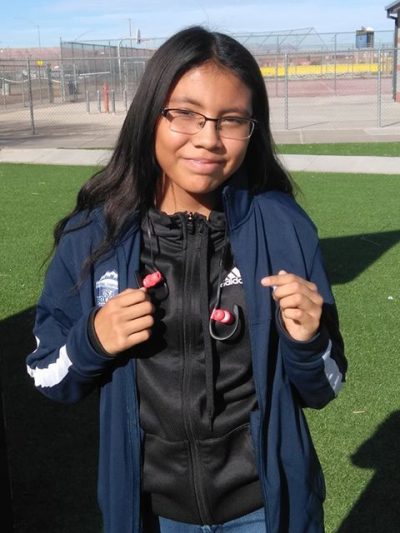 She continues, “Youth boxers must wear protective headgear, which covers most of their head and face and reduces the risk of cuts and serious injuries…”

And, this isn’t the only sport that the AAP has addressed.  In 2015, the AAP made strong recommendations on youth participation in football stating that “players must decide whether the benefits of playing outweigh the risks of possible injury” and encouraging non-tackling leagues.

The thing is – sports are dangerous.  Last week, I saw two members of the Cherokee Braves varsity basketball team collide and end up with minor head injuries.  This can happen in any sport.  My daughter used to participate in roller derby, and there were numerous minor injuries there.

Boxing coaches care about the youth and teens they coach.  Many times, such as the case with the Wolves Den Boxing Club, the boxing club becomes a second home.  Boxing can be dangerous, but coaches like Joseph and others take the needed precautions to make sure their boxers, who are their friends and sometimes their blood relatives, are safe.

Boxing has been an Olympic sport since 1904 (with the exception of 1912 because it was banned in Sweden where the games were held) with women’s boxing being added in 2012.

This gives many Indian youth an incredible goal to shoot for.

Another wonderful program is running on the Navajo Nation.  John Bahe, of Chinle, Ariz., runs Damon Bahe Boxing, a club that his grandfather started in 1963.  Currently, around 12 boxers are training at the Club with John’s daughter, Mariah, being the only one currently competing.

But, she’s competing well.  A few weeks ago, Mariah, a member of the Navajo Nation with Eastern Band of Cherokee Indians heritage, won her weight division at the Silver Gloves National Championships in Independence, Mo., and last December she took second place at the USA Boxing Elite and Youth National Championships held in Salt Lake City, Utah.

For her, boxing is about fitness, fun, and girl power.  In a previous interview with the One Feather, Mariah commented, “My goal is to compete at the 2024 Paris Olympics – to show every girl out there that anything is possible.”

On the sport, John noted, “Boxing is a great way to be healthy.  It also instills confidence and a no quitting attitude.  To be a good boxer, it takes dedicated individuals and great support from family and friends.  I love this sport!”

Boxing champion Sugar Ray Leonard, who won title belts in five weight divisions in his career, once said, “Boxing is the ultimate challenge.  There’s nothing that can compare to testing yourself the way you do every time you step in the ring.”