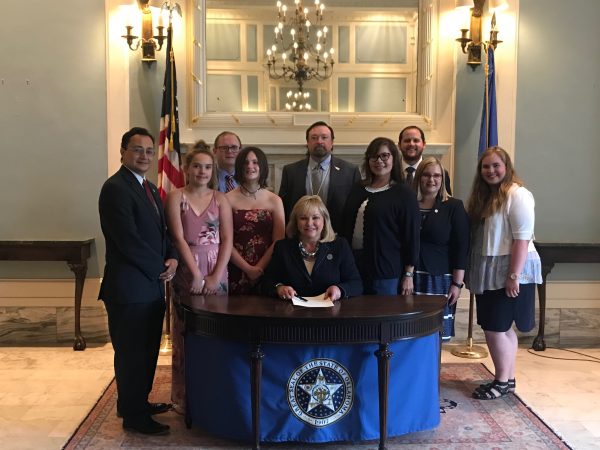 “School districts often have undeveloped acreage with no plans to build and which is difficult to sell for market value. This law is a win-win solution for local school districts and for tribal governments. Tribal housing authorities can construct good, quality homes for tribal citizens and that provides economic growth locally as more jobs contribute to the local tax base,” said Hoskin, who also serves as Chief of Staff for Cherokee Nation.  “This law will help so many schools, rural communities and Cherokee families prosper.”

Another benefit is federal impact aid, which means school districts receive $2,800 per year for every tribal student living in a Cherokee Nation-built home.

“The Housing Authority of the Cherokee Nation is excited to see this law passed. We’re thankful to Representative Hoskin and Senator Sparks for drafting the bill, the legislators who supported it and Governor Fallin for signing it into law,” said Gary Cooper, executive director of the Housing Authority of Cherokee Nation. “The Cherokee Nation has helped schools receive thousands of federal dollars in impact aid with the homes built since 2012 and that amount will climb even higher with the passage of this bill.”

The Cherokee Nation’s New Home Construction Program began in 2012 under Principal Chief Bill John Baker. The tribe has built more than 660 homes since then, and about 100 are under construction in northeast Oklahoma.

For more information on the bill, visit www.okhouse.gov.