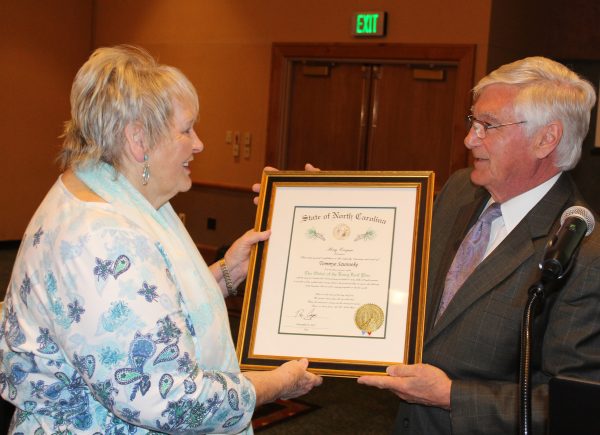 Long-time Painttown Tribal Council Rep. Tommye Saunooke has been given a high, prestigious honor by the State of North Carolina.  Gov. Roy Cooper has bestowed the honor of being a member of The Order of the Long Leaf Pine upon Saunooke.  She received the award during a ceremony at Harrah’s Cherokee Casino Resort on the morning of Monday, March 12.

“The Order of the Long Leaf Pine is among the highest honors that can be bestowed upon citizens of North Carolina,” said Steve Metcalf, who served with Rep. Saunooke on the WCU Board of Trustees and presented the award to her.

He read the criteria from The Order of the Long Leaf Pine Society which states, “It is awarded to persons for exemplary service to the State of North Carolina and their communities that is above and beyond the call of duty and which has made a significant impact and strengthened North Carolina.”

Metcalf went on to say, “By every measure, by that definition, Tommye Saunooke meets that criteria.”

Famous recipients of the award include Billy Graham, Michael Jordan, and Maya Angelou.  With the honor comes the rank of Ambassador Extraordinary.  She also has the special right to give the following North Carolina toast: “Here’s to the land of the long leaf pine, the summer land where the sun doth shine, where the weak grow strong, and the strong grow great, here’s to ‘down home’, the Old North State!”

During Monday’s event, Metcalf told of a time when he was teaching a class on public policy at WCU and Rep. Saunooke was his student.  “I learned a lot from Tommye that semester.  I learned a lot of what it meant for someone to continue life-long learning and who continues to improve herself.  I also learned that she was well-versed in North Carolina politics, in North Carolina public affairs, and quite frankly, she had different notions about things.  She had strong opinions and strong feelings.  I learned that she was a strong advocate for the Eastern Band of Cherokee Indians and the Cherokee people.”

He added, “I found out that Tommye was a strong, mountain woman, and more than that, she was a strong and proud Cherokee woman.  Over the years, many folks have been awarded the Order of the Long Leaf Pine, many prominent North Carolinians…Tommye, you join this group and we’re proud for that.”

Saunooke, who was surprised with Monday’s honor, simply commented, “I’m overwhelmed.  I don’t know what to say but thank you and please extend my thank you to the Governor.”

For more information on The Order of the Long Leaf Pine Society, visit: https://longleafpinesociety.org/ 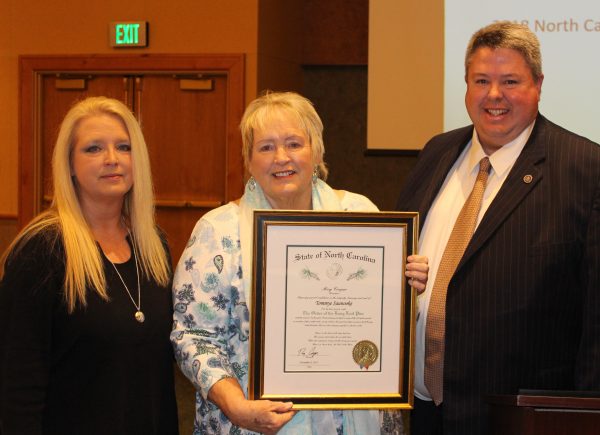 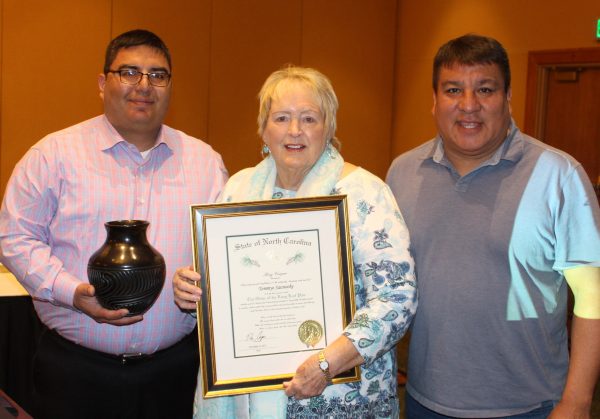 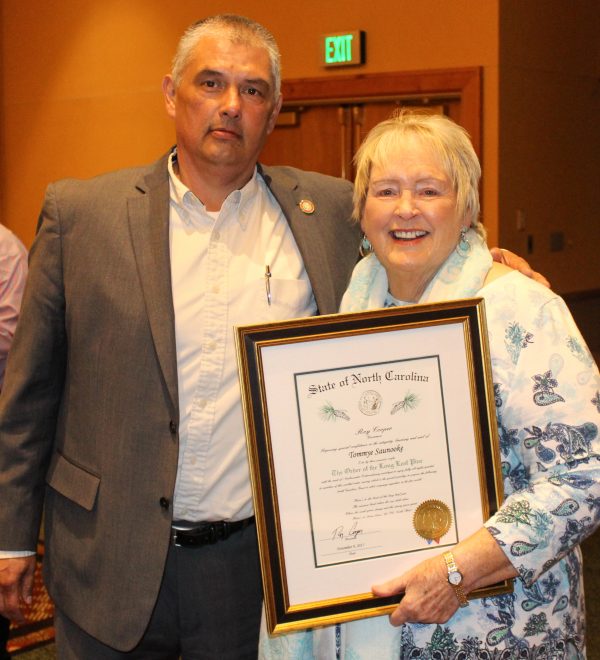