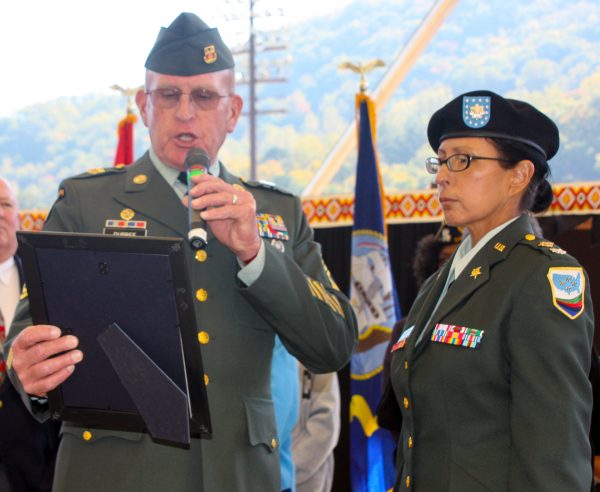 The late Lt. Col. Kina Swayney received numerous awards and commendations during her 24-year distinguished military career, and now she has received the highest designation within the Eastern Band of Cherokee Indians.  During its regular session on the morning of Thursday, March 1, Tribal Council approved legislation unanimously designating Lt. Col. Swayney as a Beloved Woman.

Casey Cooper, Cherokee Indian Hospital chief executive officer, submitted the legislation along with the Cherokee Indian Hospital Patient Family Advisory Council on which Lt. Col. Swayney served.  “Through my career, I’ve had the chance, as you know, to be a part of a lot of legislation, but I can’t think of any that I was more honored to get to participate in,” Cooper said on Thursday.  “It was a great blessing to get to know Kina, and one of the greatest regrets that I have is that I didn’t know her earlier in my life.  She was so multi-faceted…”

He added, “She was a warrior.  She was an ambassador.  She loved her community.  She was tenacious in fighting for the individual rights of people that were oppressed or afflicted or possibly just didn’t have a voice due to addictive disorders.”

The legislation stated many of her accomplishments and service, both in the military and at home with the Tribe, including her work with the Cherokee Civil Action Team which she helped create in 2015.  “She committed to fight against the drug epidemic by submitting, in June 2016, Resolution No. 267, that implored tribal leadership and other agencies and entities to actively combat the drug crisis in the community,” the resolution stated. 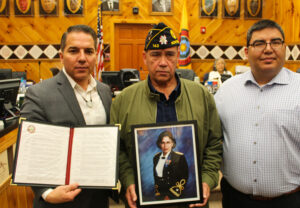 Principal Chief Richard G. Sneed stated on Thursday, “Lt. Col. Swayney embodied the true spirit of a Cherokee woman.  She was strong, but she was not overbearing.  She was courageous, but she was not harsh.  She represents everything that we believe that a strong, Cherokee woman should be.  She was a leader who led with love, with compassion for her community and for this Tribe.  She was a warrior who gave her time in service to this nation, and when she came back and saw the carnage that was occurring here because of substance abuse, she came back and was a leader here and was a warrior leading the fight here on that front.”

Big Cove Rep. Richard French noted, “I knew here most of my life also…she was always giving back to the community…it’s just an honor to be able to do this for her here today.”

Lea Wolf, an EBCI tribal member from the Painttown Community who was a good friend to Lt. Col. Swayney and served with her on the Civil Action Team, said, “It was an honor for me for her to ask me to work alongside of her to do some of the things that we did here for the people.  I miss my friend something terrible.  She was a good person.”

Wolf added, “I’m pretty sure that you see the love through the work that she did.  She fought hard…”

Doug Swayney, Kina’s husband, commented, “She would have been humbled by all of this.  If any one thing would come from this it is more commitment to the betterment of our Tribe in all aspects in dealing with all of the issues that face us now and in the future.”

Big Cove Rep. Perry Shell, a veteran of the U.S. Army, said, “She had a life that needs to be put out there for people to emulate as a way to be – tough, tough, tough, tough.  For her to be a Lieutenant Colonel alone in the United States Army is an accomplishment…she accomplished far more in her life than we ever did.”

He went on to state, “There’s no one more deserving.”

She received a bachelor’s degree in political science from Western Carolina University and a master’s degree in human resources management and organizational development from Webster University.

With the rank of Lieutenant Colonel, she achieved the highest military rank of any EBCI woman in history.

She served overseas including several positions in the Middle East including:  training and exercise officer in Qatar and Egypt, training mission to strengthen partnership with the Kazakhstani Army, and an assignment to serve on an Iraqi Assessment Team – the only female on the team of 50 – where she flew in and out of training sites daily evaluating the Iraqi Army. 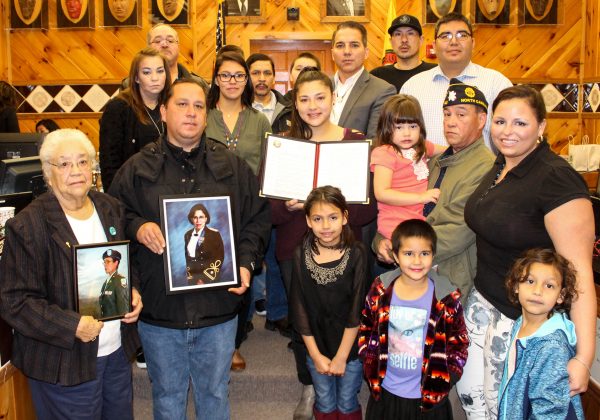 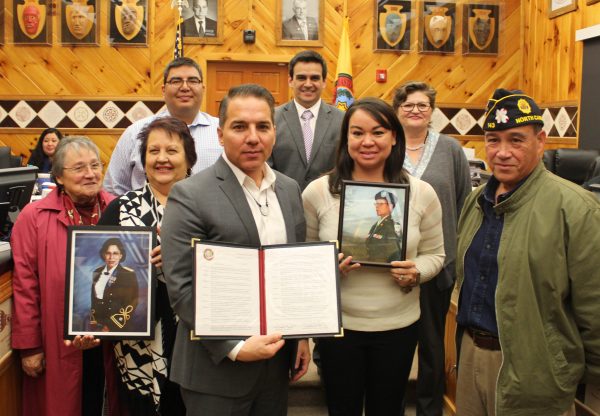 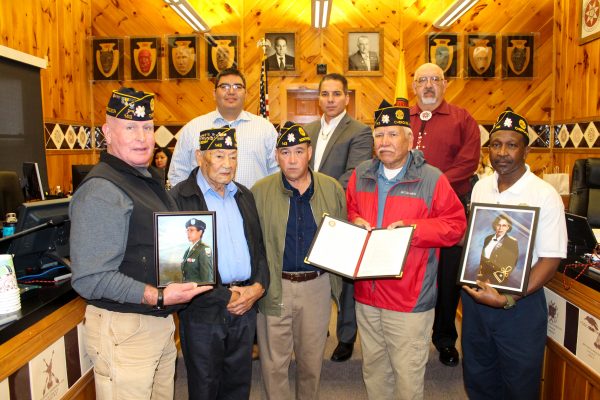